The Naked Truth (waiting for the try-out)

On Sunday, finally, I will debut my new theater concert in its first public try-out . 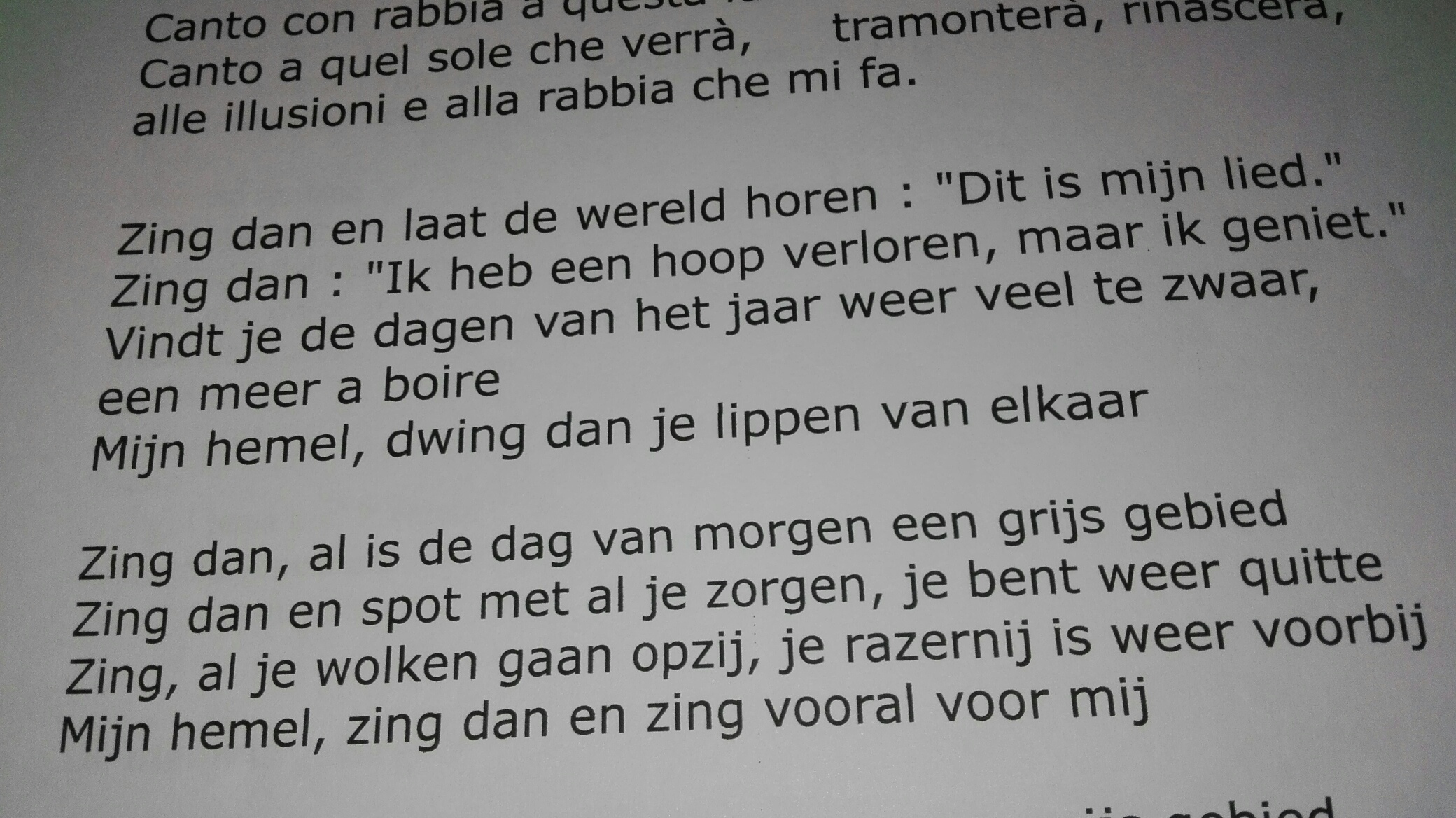 Opera, jazz, dutch songs, everything together, with a bit of an informal talk in between.

The venue is beautiful and cosy,and not too big. I chose it for the try-out because of that, I wanted to keep it intimate, cosy, and “control damage” proof.

The public as well comes from a selected list, some of them are regulars to my concerts, friends, people of the business I trust. I chose them to keep it intimate, informal, and “control damage” proof.

Not that I ever think about the “control damage” proof part. Right.

Who am I kidding?

Going on stage and perform this theatre concert, freaks the hell out of me.

First time in dutch, first time more than a conversation than a proper script, first time acting being me, and not someone else in a role.

Lots of thoughts go through my mind , when reharsing over and over the repertoire.

Will people enjoy it? Will the opera crowd be able to go through and enjoy some other kind of music? Or is it just too much opera, anyway?

Would they be able to sit and go through intellectual stuff, ordinary stuff, elite music, popular music, all in one afternoon?

Will I be able to be fluent, fun, charming, moving  in dutch?

Or would it have been better to try my luck and do it in English?

This is Amsterdam, for God’s sake, if there is a place in the whole universe where everybody speaks and understands English as second language, that`s here!.

Passed the stage of being understood (I swear, the first one that tells me that I speak like Maxima, or like the pathetic old Italian woman making pizza on tv for her son who obviously is sitting already at the table….), doubts are all over the content as well.

Will people like what I say? Would they be interested in the mix of stories, memories, information, explanations, funny stuff, moving stuff, that populates this theatre concert?

After all, who cares about what I love, what moves me, what makes me sing.

Who cares about the fan from Baku, and my youtube video.

Who cares about the fact that it took me a solid month to go through Notturno without crying, it is not like I never sang the f…g piece , but that was before 2010, now we are in 2016 and as I know, and the public will know as well, après 2010 le diluge, things are different… who cares about that? 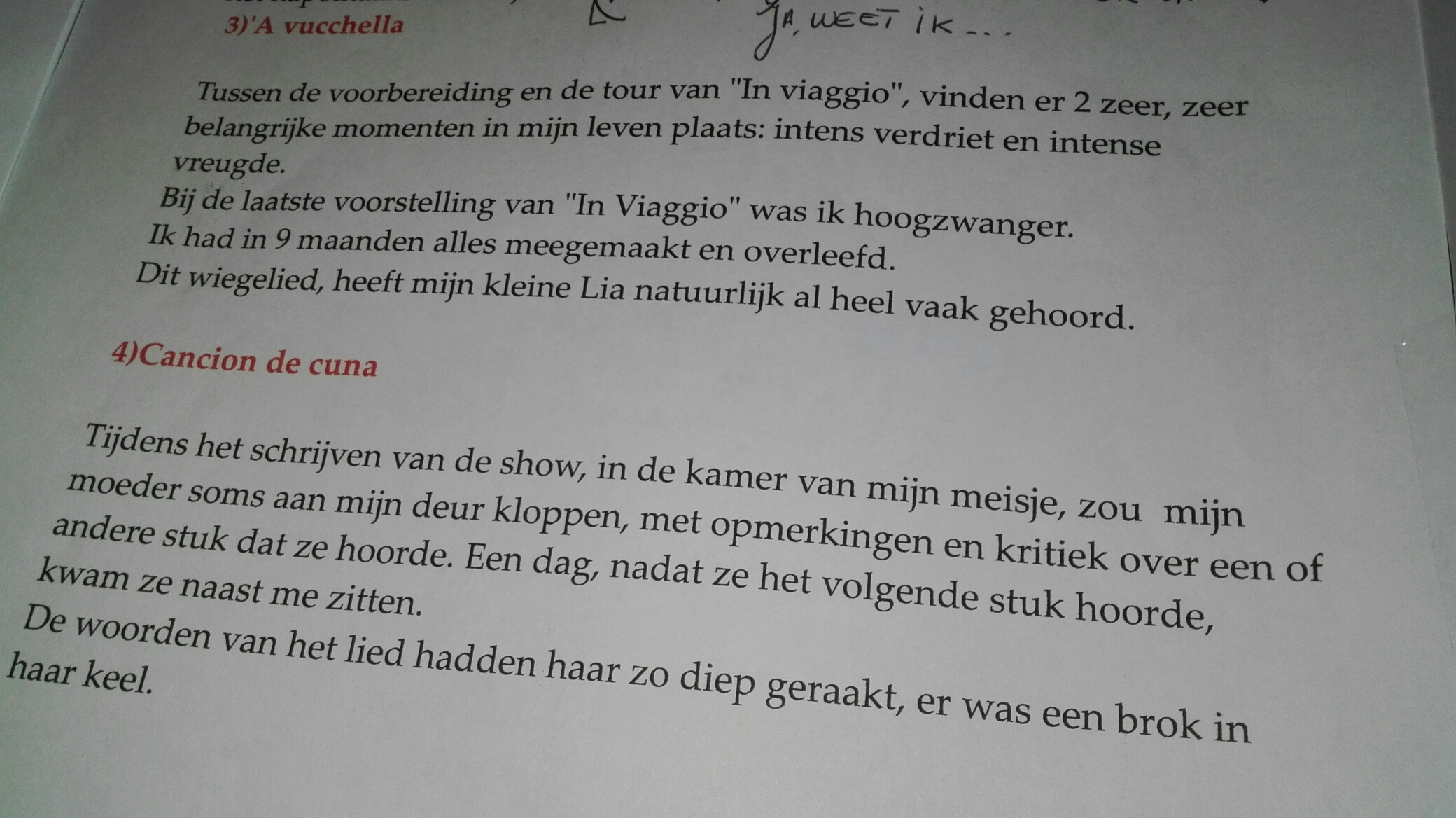 Will they connect , will I connect to them, or will they be sitting and listening politely, staring at my dress, my hair, looking at the watch and thinking:  “I need a drink!”?

All this goes through my mind while days are passing by, and THE day is approaching so fast!

ENOUGH , I say to myself.

Many years ago, I made the choice to always be faithful to who I was.

I chose to sing, to perform not only in the shower, but in front of an audience.

I made a choice to be “naked” in front of a public.

Then I chose to go deeper. I chose not only to perform a role, but to being even more “naked”, I chose to write stories and perform them. I chose #theatermusica

Stories which were a bit uncomfortable sometimes, stories that left me emotionally exhausted.

But it paid off, I felt like being naked was indeed a privilege (and I still feel like that).

And the more I went on, the more I realize that that WAS my truth, that being naked, exposing my soul in an attempt to touch other souls, was ALL I knew how to do, and ALL I wanted to do.

It is still my truth, and it gets more and more naked, as I go on.

This is me, I have to be true to who I am, I need to accept it, I need to allow myself to be who I am.

Someone will clothe my nakedness. With laughter, with tears. With a song.

Hopefully… with an applause. 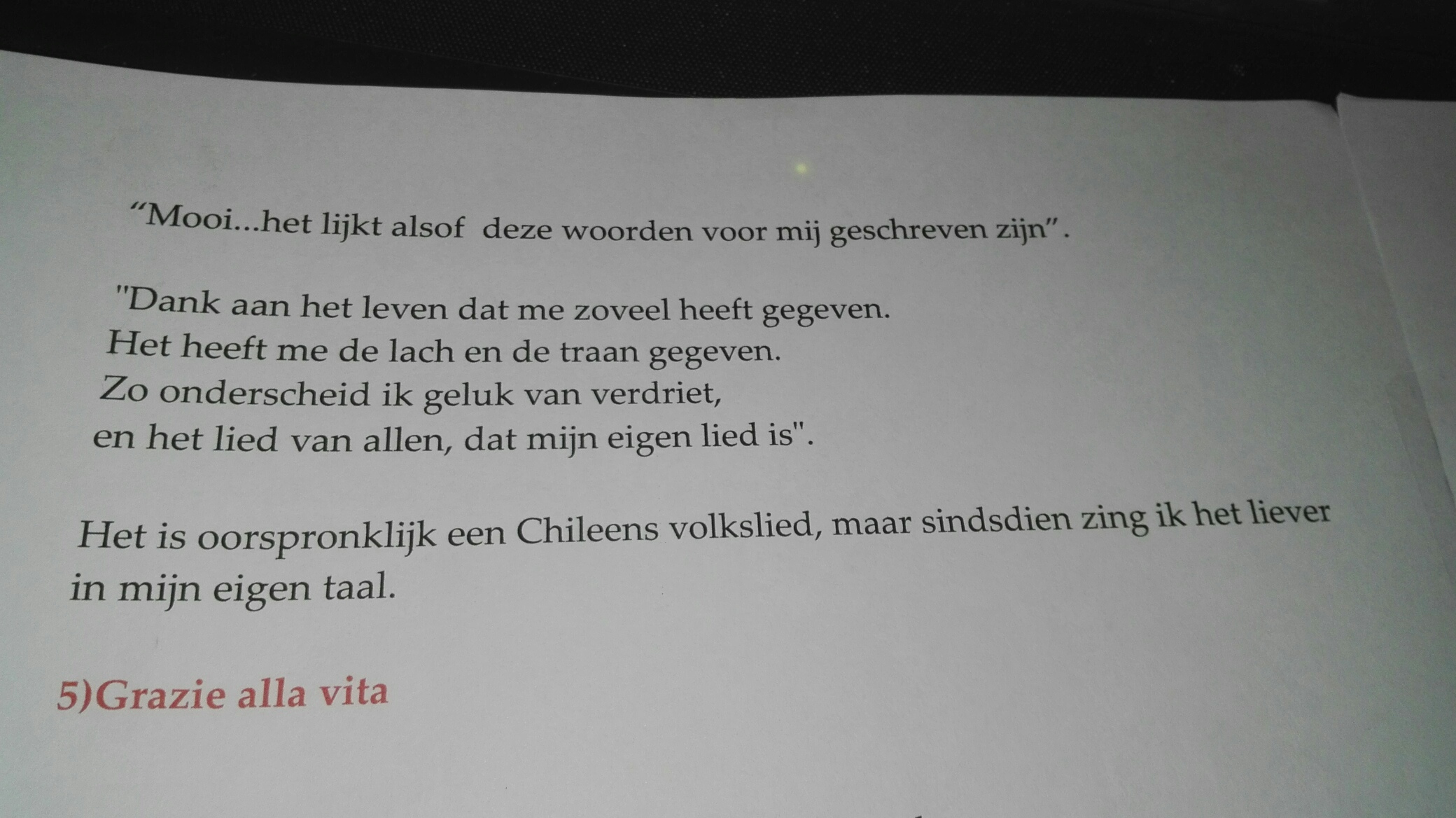